This is the fourth post in a biweekly series. Read about the series — and just what we mean by “freestyle music” — here. Freestyle Fridays post on the first and third Fridays of each month.

“Silent Morning” is the debut – and most famous – single of singer Noel Pagan, from his self-titled debut album, released in 1987.

The history of “Silent Morning” is pretty compelling. Noel was discovered by “a man” (quotes mine) looking for singers. Never having written a song, and encouraged by this man to write what he was feeling, Noel created a song called “Spanish Morning.” After a few weeks of recording, “the man” disappeared. Noel was working as a bartender, and realized his boss had good contacts, like David Bowie and Mick Jagger. Noel decided to record his demo and handed it to his boss. Noel’s boss showed the song to the manager of a label, who suggested they change the lyrics. Noel rewrote the song, now called “Silent Morning,” released on the 4th and B’Way label.

Spin listed the recording of “Silent Morning” as the seventh of ten “Great Moments in Recording Studio History,” due to an alleged event in which “producer Aaron Hanson put a gun to Noel’s head and threatened to blow his head off if he didn’t sing the song Hanson’s way.”

A boss, a label executive, a man with contacts, a producer with a gun. That’s a lot of mysterious and dangerous men. Just sayin’.

The second single from his album, “Like a Child,” became his first number-one single on the dance chart. It’s a good song – not great, but similar enough to “Silent Morning” to be pretty enjoyable, especially his plaintive, “How could you lie to me?”

In 1990, Noel worked with Tony Moran on his project “Concept of One,” with Noel being the featured vocalist. The single was released as “The Question” by Concept of One featuring Noel, and received heavy airplay in clubs, on dance stations, and hit the dance charts. It’s not bad, but it’s a retread of his two earlier, better hits.

The first time I heard about “freestyle music” was when my friend Adrian mentioned it, referring to this song. Adrian was from Brooklyn, and deeply involved and interested in dance music (he still is). He’s one of those friends who was always introducing me to new music.

“Silent Morning” exploded like a bomb in my sleepy, wintry Maine campus in 1987 – at least, among my friends. I’m certain that the first time I noticed it, I was flipping through the newly-arrived 12-inch singles at WRBC, the Bates College radio station. I wonder why this particular 12-inch grabbed my attention? 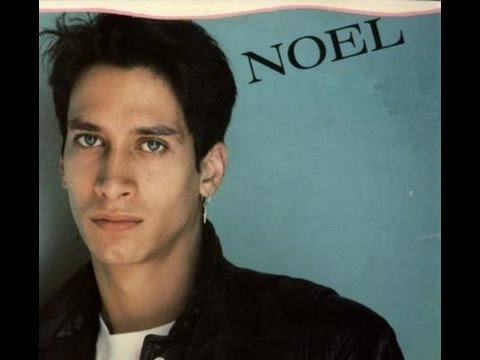 But then there’s the song. This is the perfect example of the freestyle formula – spare production, simple percussion, a couple of synthesized flourishes, and a plaintive, melancholy vocal. It’s typical of the style, but it’s also an extraordinary example. Adrian heard it, and said, “Oh, that’s freestyle.”

That voice, that stare, that amazing hair. I can even look past the cigarette tucked behind his ear in the video. Noel’s goofy, endearing breakdancing on the Brooklyn rooftop is a direct result of freestyle’s roots as “breakdancing music.” He’s sweet, sexy, and a little dangerous – at least to 19-year-old me, tucked away in cold Maine liberal college campus. The song and the video were another reminder of the big urban world just there, waiting for us. Of course Adrian was also from the big city, directly experiencing the music scene there and reporting back to us. But Adrian was more Bates College than 4th and B’way, at least then.

Noel continues to perform and record music. If I read his Facebook profile correctly, he also seems to be an avid bodybuilder and anti-Obama gun enthusiast. Still handsome, though.