This is the 13th post in a daily series. Read about it here and see the list of previous posts here. A new post about “Star Wars” will be posted every day for 40 days leading up to the franchise’s 40th birthday on May 25th.

When the Emperor came aboard the second Death Star in “Return of the Jedi,” he was joined by a group of characters we had not seen before. They weren’t referred to, nor had they been discussed before.

Then about an hour into the movie, Palpatine and Vader had a discussion in the Emperor’s throne room. Palpatine then shooed Vader off and turned to two pasty dudes who we never saw again.

This left us with some questions. Like, who are these assholes? And why does one of them look like Perry Farrell?

I mean, look at that dude… 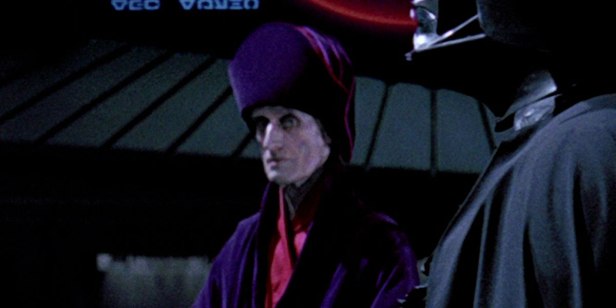 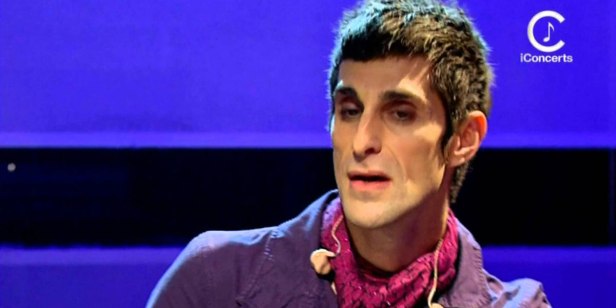 You see it. Or you’re lying.

Anywho, the “Return of the Jedi” script suggested these guys were advisers to the Emperor – “council members,” specifically – but they weren’t given names.

But in the Star Wars Customizable Card Game, the characters were identified. The one who looks like Perry Farrell was called Sim Aloo, and the other guy is Janus Greejatus. The were part of the Empire’s Ruling Council, a “collective body of bureaucrats that constituted the uppermost tier of the Galactic Empire.”

Even those who should have known better tended to dismiss Dangor, Greejatus, and Pestage as sycophants, when in fact members of the Ruling Council oversaw the everyday affairs of the Empire and wielded wide-ranging and sometimes menacing powers. Even the Empire’s twenty Moffs were obligated to answer to the Imperial cadre.

These guys have even more of a backstory if you pay attention to the Expanded Universe, which has now been rebranded as Legends.

In those stories, now considered not official canon, the members of the Ruling Council were revealed to be sensitive to the Force. They might not be Sith, per se, but they are appreciative of the ways of the Dark Side.

And thus, some fans have theories as to how the Ruling Council and Sim Aloo could turn up in the new trilogy.

A theory about Snoke: Imperial adviser Sim Aloo. His fate in canon is a mystery. #Snoke #TheForceAwakens pic.twitter.com/eUHXRyv7kq

The theories are fun, but weak and unlikely. That the big reveal of Episodes VIII or IX could be that Snoke is some character we briefly saw would only be rewarding for the nerds who followed the novels and Expanded Universe.

Besides, Snoke can’t be Sim Aloo, even if Sim Aloo didn’t die on the second Death Star. And it comes down to one simple reason.