This is the 10th post in a series in which we profile people’s passion projects and let them explain their work in their own words. Learn more and see a list of all the projects profiled here.

Patrick Rollens is a miniatures painter and wargamer based in Oregon. Through his website, Comrade’s Wargames, Rollens has connected with other enthusiasts and shared his detailed miniatures. And when I say “detailed,” I mean detailed. Rollens’s miniatures are a labor of love. He graciously answered our questions about Comrade’s Wargames and how he got into this involved world of miniatures and gaming.

What is Comrade’s Wargames? How did it come about?

Comrade’s Wargames is my own little contribution to the tabletop wargaming hobby. The best way to describe tabletop wargaming is that is is a niche-within-a-niche pursuit, part of the larger “gaming” hobby that took hold around the world after Dungeons and Dragons exploded onto the scene in the 1970s and 1980s. D&D started small by equipping players to create their own band of adventurers and plumb the depths of vast, trackless fantasy dungeons. Modern tabletop wargames like Warhammer increased the scale tenfold, allowing players to command miniature armies of hand-painted scale models in battles on scenic tabletops in kitchens and basements around the world. Each individual miniature figure is a work of art, and a good portion of the hobby involves painting your armies and creating hand-made terrain and scenery for your battles. 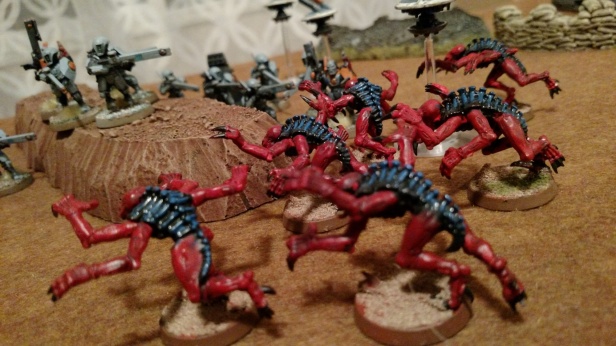 To me, at least, it is geekery at its most refined — we are creating something tangible, not just competing on a screen for pop-up “achievements” and ephemeral rewards. 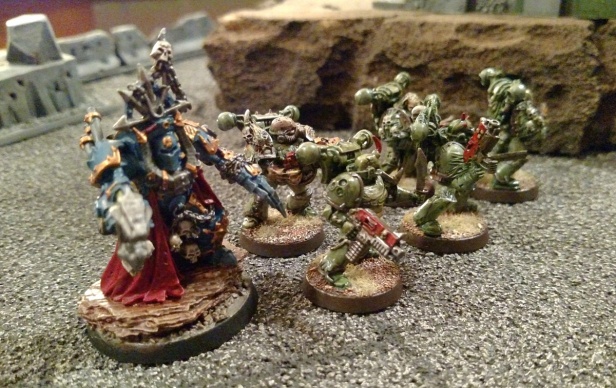 Comrade’s Wargames is my attempt to catalog my involvement in the hobby. It’s one part painting log — after all, it feels good to share your progress and get feedback from fellow hobbyists. But it’s also an archive of games played and friendships built over this shared pursuit. Remember, at the end of the day, this is a social experience — not a video game, but an actual sit-down, face-to-face game where you roll some dice, flip through rulebooks and enjoy a fine craft beer with your fellow human(s) over the course of a few hours. In a very real way, tabletop wargaming is akin to being in a classic car club — you work hard bringing your vision to life, often spending solitary hours toiling away, before finally unveiling your achievement during an exhibition, to cheers of your club mates. 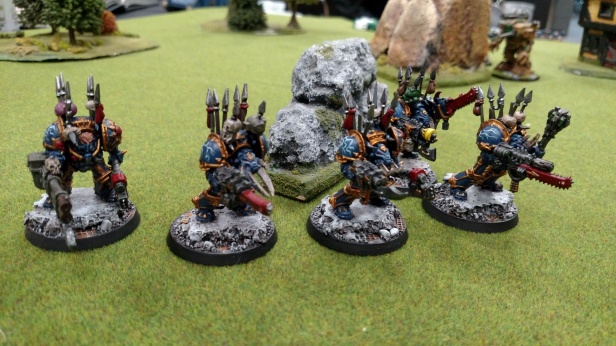 You’ve probably noticed that Comrade’s Wargames is not particularly accessible to outsiders. In fact, it’s probably fairly opaque, what with my geeky terminology and subject matter. That’s OK — I’m not expecting to get linked from Pinterest or Buzzfeed. On a good day, my audience numbers in the dozens, but many of them are also close personal friends. I’m confident that Comrade’s Wargames appears as inscrutable to the general public as a typical NFL blog might appear to a sports outsider.

How did you get into miniatures?

The short answer is that I never really stopped playing with toy soldiers. That’s what miniatures are, anyway — toys soldiers for adults. I look back on my life and all the signs were there … epic forts built for my army men in the sandbox, clumsy attempts at painting scale models of aircraft and racecars. The long answer is that I stumbled my way into the gaming hobby entirely on my own, without any assistance from a father or big brother to nudge me down the path. It all started when I read an article in the now-defunct magazine FLUXX about a new “card game” called Magic: The Gathering. This was in 1993, and Magic had just made its debut. I scraped together some allowance and bought my first deck of cards from my local game store … but while I was there, I couldn’t help but notice another game on the shelf called Warhammer 40,000.

Unlike my deck of Magic cards, which fit neatly into my pocket, it was clear that this Warhammer game was a different animal entirely. The box was huge and heavy, suggesting unimaginable loot within. The rulebook was filled with photos of beautiful science fiction miniatures — armored space marines, evil orcs, mysterious space elves. The game had a distinct milieu that I had never encountered before. It wasn’t “Aliens” and it wasn’t “Star Wars” … it was something in between, and it was addictive. And the book also featured players — big kids! teens and 20-somethings! — painting figures and building scenic items with craft glue and popsicle sticks.

I bought my deck of Magic cards and headed home, but I filed that tantalizing glimpse of Warhammer 40,000 away in the back of my head for later.

I finally returned to the hobby in 1996, after I had learned that most essential truth of tabletop wargaming: don’t get started until you have an income. I cashed my very first paycheck from my high school retail job, marched right over to the game store, and shelled out $75 for the Warhammer 40,000 boxed set. In that moment, I was standing at the precipice of a vast and rich hobby that would serve as my companion for the next two decades. I’m glad I took the plunge.

My first clumsy attempts at painting miniatures were horrid, but I persisted. The nascent internet helped out a lot, and it connected me to a growing community of like-minded players and hobbyists. I didn’t always have a group of local players during those early years, so I relied on social groups on the internet to keep me motivated.

I took a break from miniatures during college and the years immediately after, but once I settled down into young adulthood, I found that the itch had returned. Now, though, I had a better income and a more refined group of friends and gamers. The stage was set for Comrade’s Wargames!

Being involved in a super-niche hobby is a refreshing reminder that people have weird and interesting tastes, and everybody deserves to find their own tribe. I consider myself a fairly liberal minded person in general, but I still catch myself dismissing new games or hobbies as silly or derivative. That’s when I slow down, take a deep breath, and remind myself that I play with toy soldiers.

As a writer I am grateful to Comrade’s Wargames for giving me a creative outlet where I can flex my writing muscles a bit. Tabletop wargaming is an immersive hobby, with lots of backstory and associated novels that explore the lore of the various game universes (much like many contemporary video game and movie IPs). I try to dive into that pond periodically on my blog.

How have you fostered those versions of yourself with pop culture?

I definitely consider myself an artist now. Like, an actual fine arts artist, which is a label I wouldn’t have dared to claim 10 years ago. But I’ve had enough friends (or, more often, friends-of-friends) who venture into my workshop after a dinner party, see my shelves full of painted figures, and exclaim something like “Wow, these should be in a museum!” or “Have you considered getting a booth at the arts festival?”

I used to laugh that off, because I knew I was just playing with toy soldiers, but now I lean into it. I could turn it into extra cash — there’s an entire cottage industry of miniature painters on Etsy and Facebook, for example. And I’ve done commission painting in the past, but I don’t have much time for it these days as my family and job responsibilities have grown. And I’ve always heard that the best way to lose interest in a hobby is to start trying to make money from it. So I think I’ll just remain an artist until the end. Just an artist.

If Comrade’s Wargames had a theme song, what would it be?

Definitely “Yoda’s Theme” by John Williams, from “The Empire Strikes Back” and “Return of the Jedi” film scores. Just the right mix of whimsy and mystery, which is what I want from my science fiction and fantasy.