The inaugural Pop Culture Mashup Challenge has wrapped. The submissions are in and the challenge has ended. You all are some creative and clever Pop Culture Experimenters!

For the inaugural Pop Culture Mashup Challenge, I made a spreadsheet of more than 200 pop culture entities: “Star Wars,” “I Love Lucy,” Madonna, “Black Panther,” Batman, Cher, Indiana Jones, and so on. Then, using some Javascript and Tabletop.js, I wrote some code that would pick 10 of those at random. On April 27, each person who wanted to participate was sent a random list, so no two people got the exact same 10. Then, over the next week, the participants were to create something — anything! — that incorporated at least two of those 10 things.

This quirky challenge came about because a few weeks ago, a friend posted some sketches he was drawing of Cate Blanchett as Ahsoka Tano of the “Star Wars” universe. On top of that, he drew this in the style of Patrick Nagel. This was a specific challenge he had created for himself, so it inspired me to wonder if I could replicate that challenge for Pop Culture Experiment.

Without further ado, here is what you all created!

John Hilliard, who a few months ago wrote about his hilarious attempts to teach himself sports by playing Nintendo games put together this bizarre but endearing video combining Insane Clown Posse, The Golden Girls, and Voltron. John apologizes for that, but I don’t think he should. Video can be viewed here.

Chelsea, whom you might recall from the radio show, responded with a song mashing up “Sherlock Holmes” and “The Big Lebowski.”

Stephen Beard, a graphic artist and visual journalist who mentored me early in my careers (and inspires me still) put together “an animation of one of those Bogorodskaya ‘chicken-pecking’ toys from Russia. Only I used Mia Wallace & Vincent Vega instead of chickens, and I put them on a depiction of Jack Rabbit Slims’ dance floor. The pendulum pulling the rig is from my all-time favorite movie, Big Lebowski. It’s Jesus’ bowling ball.”

That’s mesmerizing, and I could watch it for days.

Derek Bayne wrote an essay detailing how Mike Barnes of the third “Karate Kid” movie could theoretically have been raised in Hawkins National Laboratory. As in, the lab from “Stranger Things.” With his essay, Derek made a video.

Justine Collum wrote an essay exploring how Bill Cosby’s convictions for assault in 2018 can be viewed in context of America’s history of sexual assault, racism, and marital rape. And she did so in terms of “Gone With The Wind.”

Taryn Hodison imagined a scenario where Franklin of “Peanuts” asked Shaquille O’Neal for advice on being the only black kid in town. Shaq, though, was unable to respond without hawking the products for which he’s a spokesman.

Ashley Farnsworth used “Gilligan’s Island” as a way to explain the predictable patterns of the way she and her family played Monopoly.

Aprill Brandon, whom you might recall from her Q&A for the Passion Projects & Theme Songs series, wrote a promo for a sequel to “The Breakfast Club.” Starring the cast of Sesame Street, of course.

Bo Roche wrote a script for an episode in which the universes of “The Flash” and “Xena, Warrior Princess” collide.

Dana Jay Bein, whom you might remember from the radio show, made this meme. 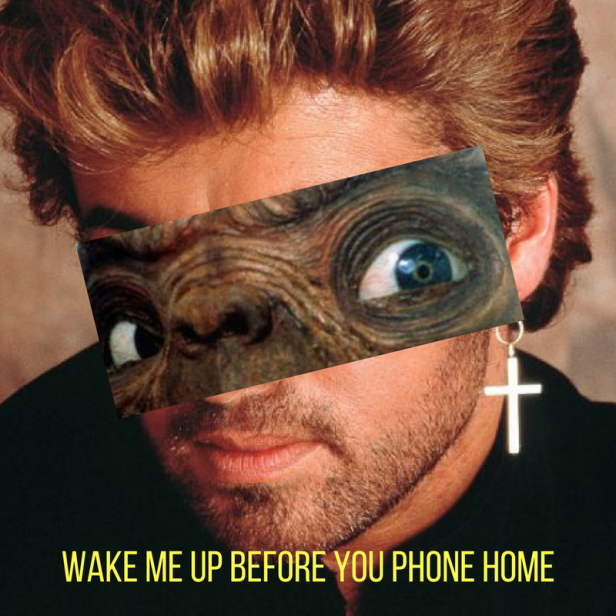 I cackle every time I look at it.

Christina Minnish asked herself how certain iconic female characters would do in a game of one-on-one basketball against LeBron James. She wrote this as an alternative story format, then designed it as a package for a newspaper or magazine. Click here for a PDF.

Steph Marcus challenged herself to use all 10 items. And she did it adorably. Erin Seidel makes accessories, including headbands and hairbows. You can find out more here. 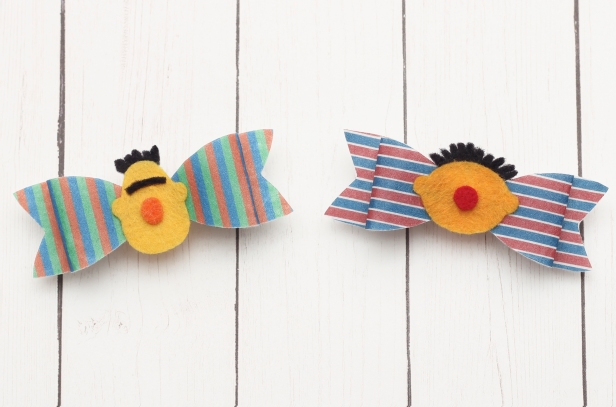 Thank you to everyone who participated. And to those who didn’t. Because even if you started something but couldn’t finish it, you still met the intent of the experiment. You brainstormed ideas. You mad mental connections between entities that people might not normally connect. You pushed yourself. That has been the Trojan Horse of this project: to get people thinking about pop culture in new and weird ways, and pushing themselves to create. Whether people actually submit anything is just the cherry on top.

Thank you all, and I cannot wait for the next one.

There was an error retrieving images from Instagram. An attempt will be remade in a few minutes.